The IKI finances climate change and biodiversity projects in developing and newly industrialized countries. One year after the start of the IKI interface in Mexico, the second exchange workshop made it possible to identify the contributions of the IKI projects to the Nationally Determined Contribution (NDC) of Mexico and the National Biodiversity Strategy (ENBioMex). Likewise, the implementing organizations and their Mexican counterparts discussed the benefits that the IKI projects generate in fulfilling the Sustainable Development Goals (SDGs).

In his welcoming words, Fabián Guerrero, Director of Bilateral Cooperation of the Mexican Ministry of Environment SEMARNAT thanked the IKI projects for their work in terms of climate action and biodiversity conservation in Mexico. Lea Herberg, representative of BMU, highlighted that the IKI finances 38 projects in Mexico which are implemented by 16 institutions. Jasmin Fraatz, director of the Mexican-German Climate Change Alliance, stressed the importance of facilitating knowledge management of the IKI initiative through instruments such as the newsletter and this “IKI Alliance Mexico” blog. 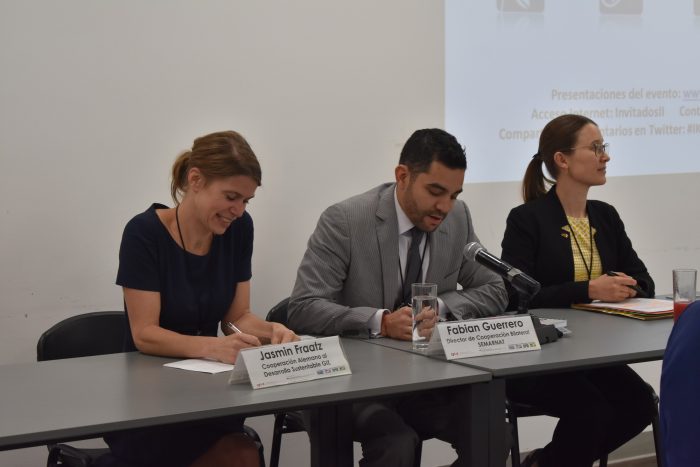 The IKI projects within the framework of the NDC, ENBioMex and Agenda 2030

During the first day of work, Juan Carlos Arredondo, General Director of Climate Change Policies of SEMARNAT, stressed that in order to implement the NDC, Mexico is working on the development of an ecological order with adaptation criteria, in addition to the publication of the standard of verification of GHG emissions, and updating regulations of the National Emissions Registry. Andrea Cruz, Coordinator of Biodiversity Strategies and International Cooperation of the National Commission for the Knowledge and Use of Biodiversity (CONABIO) announced that for the development of the ENBioMex, work is being carried out in its diffusion with other actors, in addition to the development of evaluation mechanisms. Fernando Camacho, General Director of Institutional Development and Promotion of the National Commission of Natural Protected Areas (CONANP) shared experiences in the integration of eco-systemic services as part of the adaptation actions. 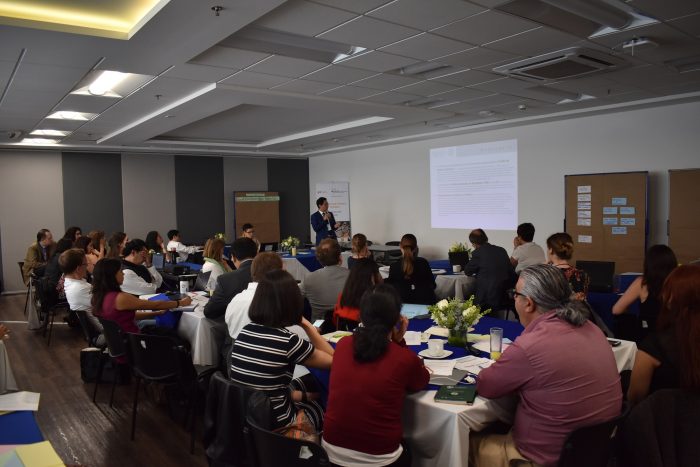 The discussion in the workshops focused on the contributions of the IKI projects to the fulfillment of the NDC goals and the ENBioMex of Mexico. Important contributions were identified, for example, the promotion of efficient energy systems that is part of the work of the Ciclim project, as well as the Green Finance Facility project. Other examples were the development of an inventory of adaptation measures, of the Go4Eba project, as well as the work of Adaptur in the prevention of risks and the use of ecosystem services in tourist regions.

Andrea Hurtado (GIZ), presented a study of the co-benefits between the SDGs and the Mexican NDC. She highlighted that 82% of 25 co-benefits analyzed are shared by both agendas. In working groups, attendees reflected on the co-benefits generated by the IKI projects to achieve the SDGs. They stressed that the IKI portfolio contributes to all the objectives of the Agenda 2030. Adaptation and mitigation projects create co-benefits mainly with SDG 7 (energy), 8 (decent work and economic growth), 9 (industry, innovation), 11 (cities), 15 (terrestrial ecosystems), and 17 (alliances). Biodiversity projects have the majority of their co-benefits with SDG 2 (zero hunger), 6 (water), 12 (responsible production and consumption), 13 (climate), and 17 (alliances).

Knowledge management of the IKI in Mexico 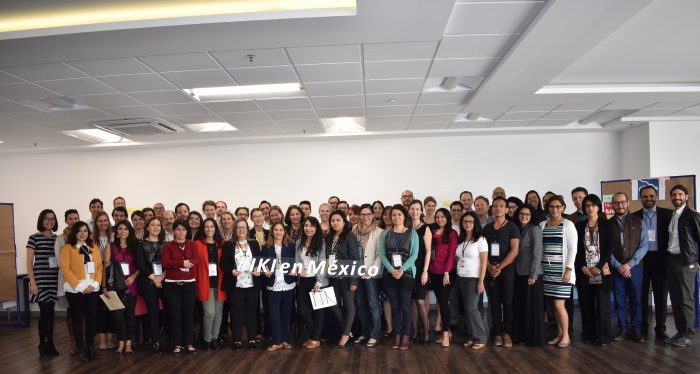 In Mexico, the BMU has assigned the interface function to the bilateral project “Mexican-German Climate Change Alliance” with the objective of promoting exchange among the IKI projects in Mexico and informing the BMU about the entire IKI portfolio of the country. The Mexican-German Climate Change Alliance facilitates the knowledge management about IKI projects in Mexico, through annual exchange among projects, as well as the preparation and sending of a newsletter about IKI projects.

The second exchange workshop was held on April 12 and 13 at the headquarters of the Ministry of Environment and Natural Resources (SEMARNAT) in Mexico City.

The IKI currently finances 38 projects in Mexico. The total financing volume is 80 million euros in Mexico (2011-2018). 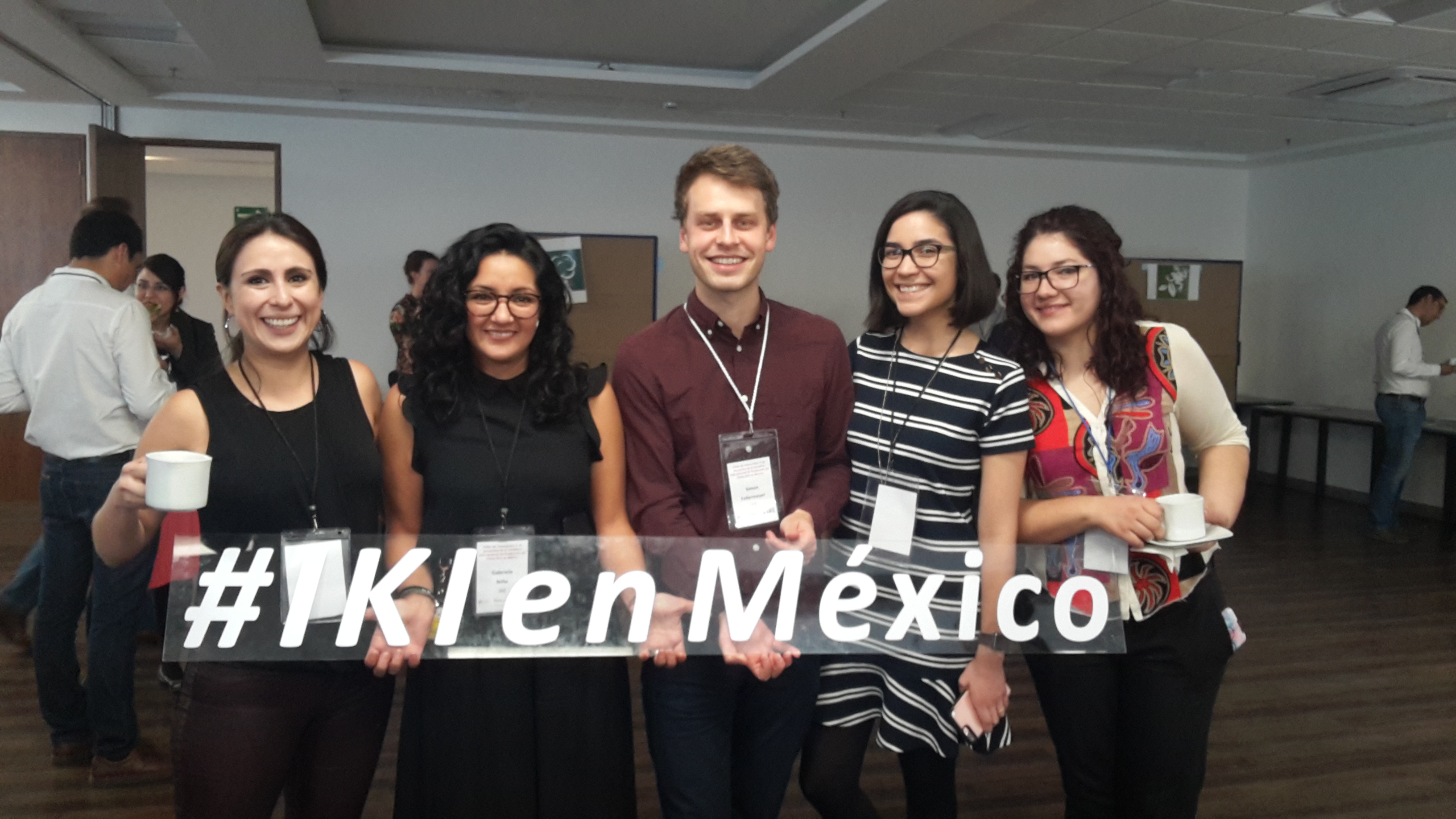 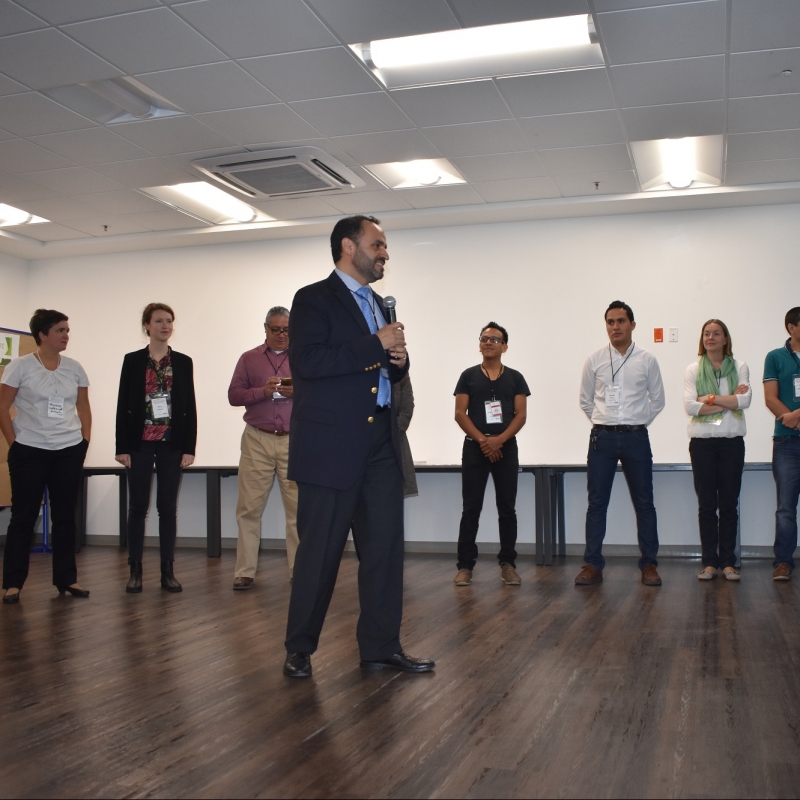 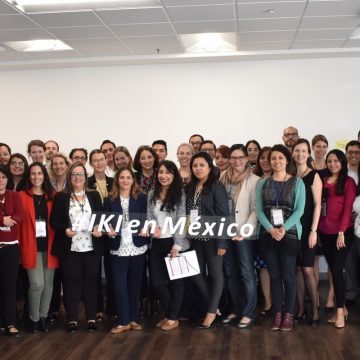 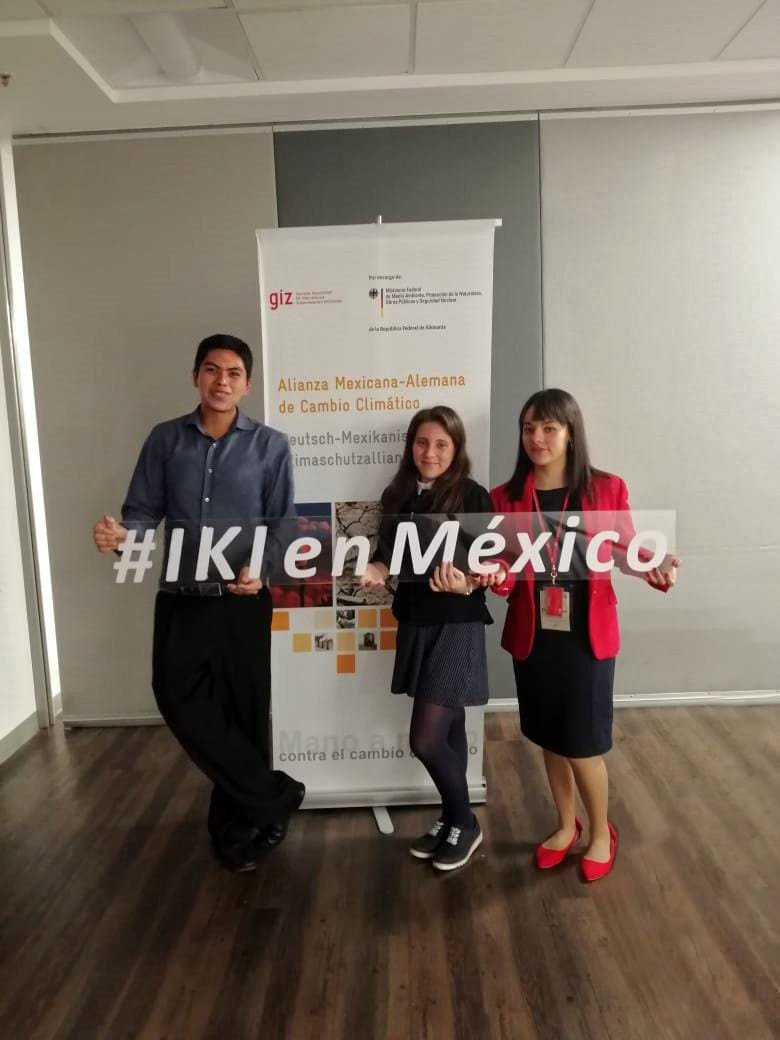 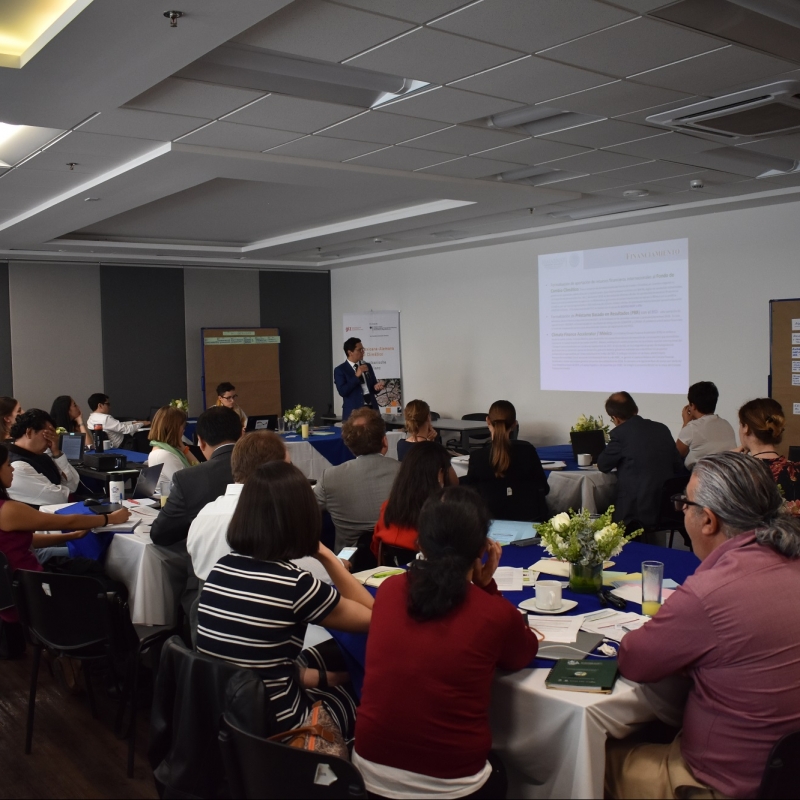 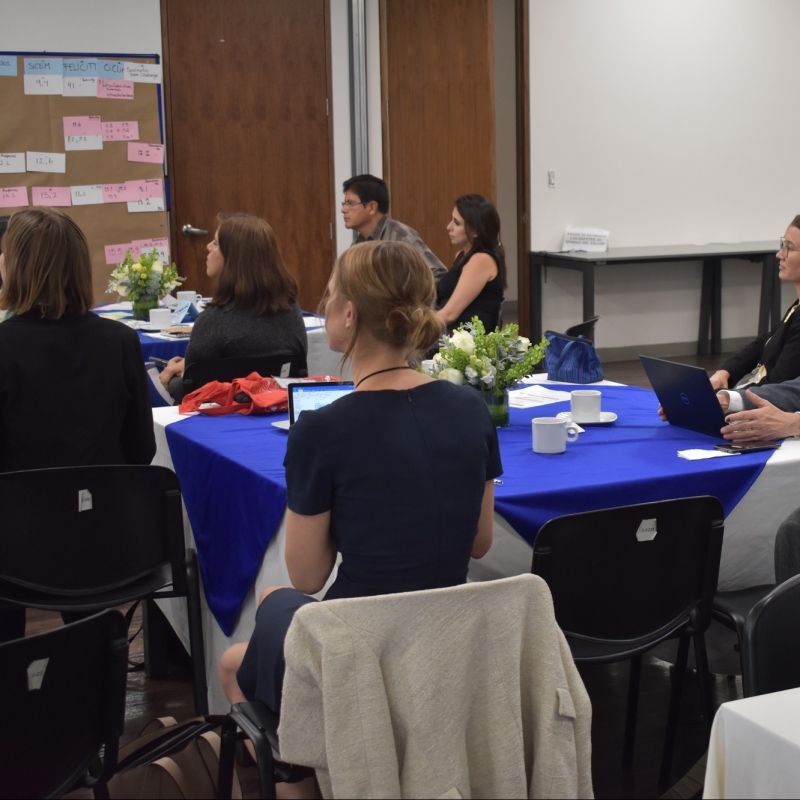 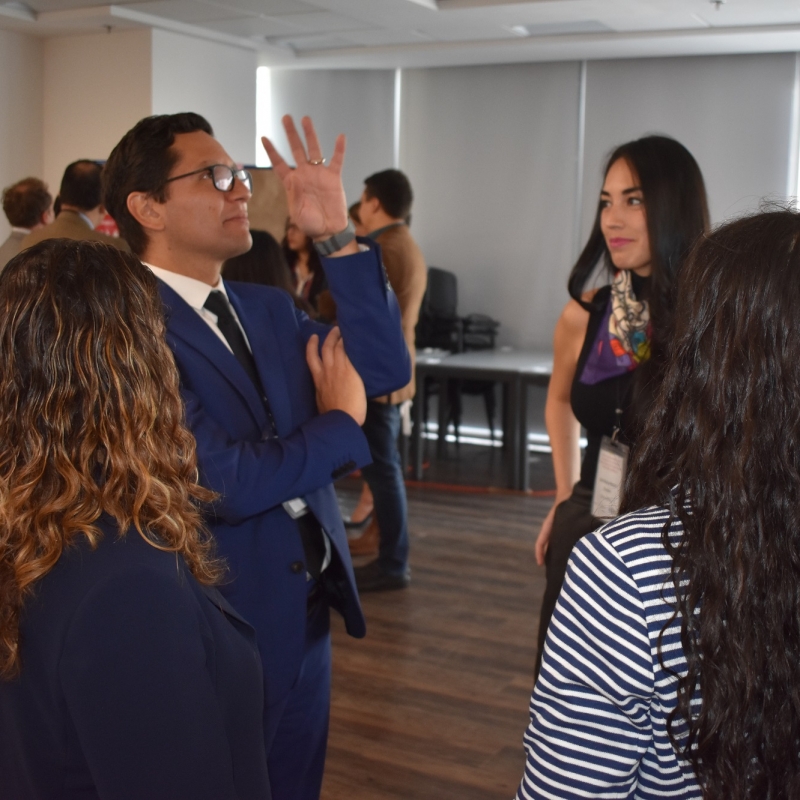 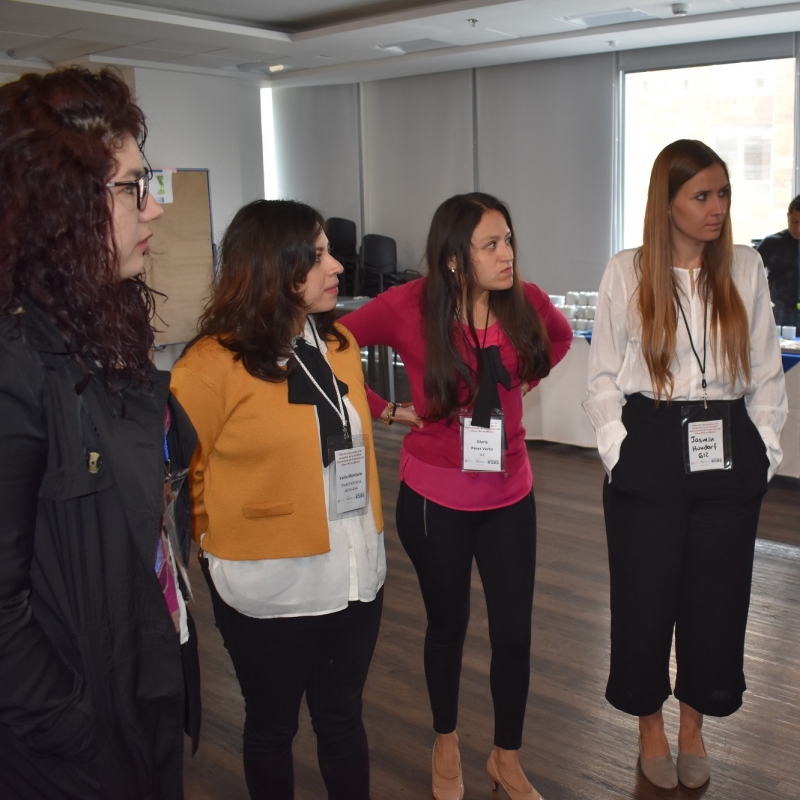 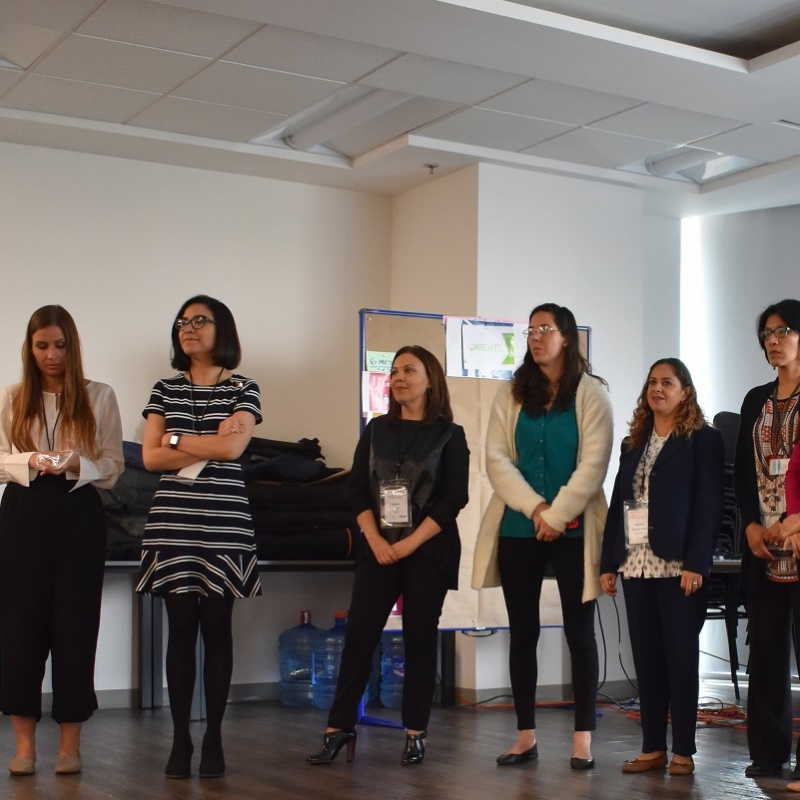